The international shipping industry plays a significant role in the world of trade today. Throughout all these years, the world has produced many big container ships. In this article, we’ll be listing the top ten world’s biggest cargo ships in the world. It is important to know that Sea cargo makes around 85% or more of the movement of goods worldwide with over 50, 000 of these merchant cargo ships including tankers, bulk carriers, and container ships currently involved in the shipping business. However, Container ships have since changed the way freight transport business is conducted since their entry into the market. 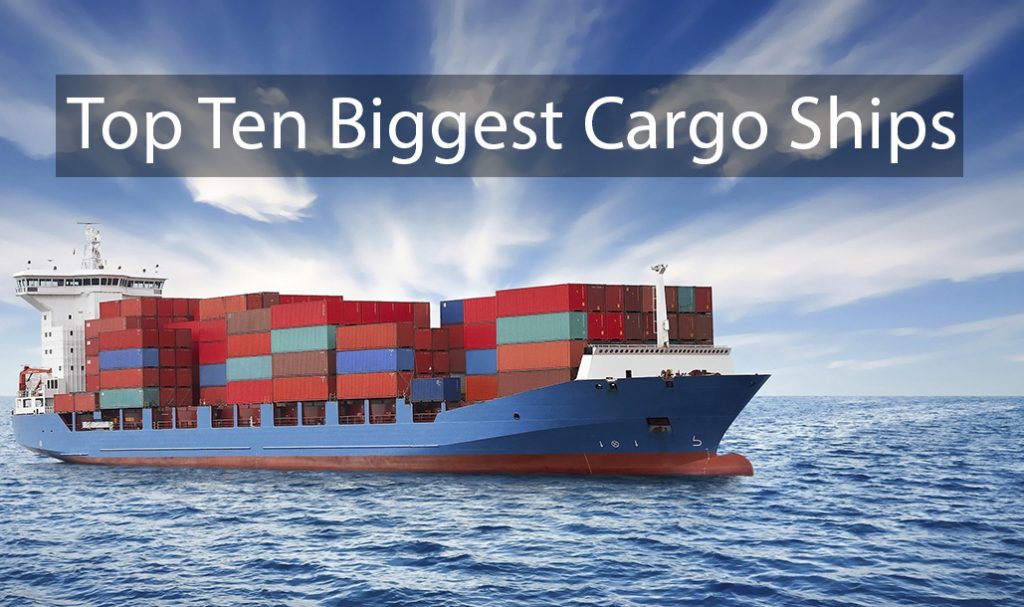 Presently, there are seven different types of cargo ships in the world. From the largest to the least, the ultra-large Panamax, the New Panamax, the Post-Panamax, feedermax, feeder, and small feeder. They have a carrying capacity of more than 20-foot Equivalent Unit (TEU).

Before continuing with the list, here is a FUN FACT for you. Did you know that at one point, the largest cruise type cargo ship was the British RMS Titanic? Unfortunately, it sank in the North Atlantic on 15th April 1912, so sadly it will not be making the list of our top 10 largest Cargo Ship in the world. So let’s start:

The MSC OSCAR container ship built by Daewoo Shipbuilding and Marine Engineering Company comes first on our list weighing in at 197,362 DWT. This is because originally, this Korean built cargo ship was built to carry 18,400 twenty feet containers across the deck. However, by the time its construction was completed, it had been upgraded to a capacity of 19,224 TEU which is the equivalent of 20,000 feet. The MSC OSCAR is known as the world’s biggest container ship. It can comfortably carry 1,800 refrigerated containers and more than 19,000 general cargo containers.

The second on our list biggest cargo ship is the China Shipping Container Lines- Globe MV CSCL owned by China Shipping Container strains (CSCL). It currently has the highest container capacity of 19,100 TEU, an equivalent of 20 feet containers.  It is the first in the family of five ultra-modern and colossal cargo ships slated to course the Asia-Europe alternative routes. The CSCL Globe- MV CSCL container vessel was built in 2014 weighing in at 187,541 GT, 184,605 DWT.

The Magleby Maersk Vessel container ship has a capacity of more than 18,000 TEU. It reigned third in size until the CSCL Globe Chinese shipping line came into play.  Built by Daewoo Shipbuilding & Marine Engineering in South Korea, this containership was built as a result of two contracts each worth 1.9 billion awarded to them by Maersk to construct a cargo ship that: meets economies of scale; is energy efficient; and environmentally friendly, hence the name “Triple E”.

The Maersk Triple E class vessel is now touted as the most energy efficient, economical and most efficient, environmentally-friendly container ship ever made. It has a carrying capacity of 18,390 TEU. On our largest freight ships list, Maersk makes the 4th position but it is still the biggest Triple E-Class ship in the world.

MSC New York container ship built in 2014 is one of the heavyweight cargo vessels in its class, weighing in at 176,490 tons and a carrying capacity of 18,390 TEU. This vessel was also constructed by Daewoo Shipbuilding & Marine Engineering based in South Korea. It plies on the same level as The Maersk Triple E class. The MSC is an American vessel boasts a length of 399m. It makes the 5th position in our big cargo ships in the world list.

The 400 meters long French-owned Marco Polo is another E-class explorer containership in the fleet of CMA CGM group. Named after the Venetian explorer Marco Polo, this explorer-class containership has a carrying capacity of 16,020 TEU.

The CMA CGM Marco Polo was built in November 2012 by the Daewoo Shipbuilding & Marine Engineering in South Korea. However it is registered in the UK, under the CMA CGM flag.

The 396 meters long CMA CGM Von Humboldt explorer class containership shares similar features with its sister vessel CMA CGM Marco Polo also built by Daewoo Shipbuilding & Marine Engineering. It has a dead weight of about 187,700 tons and a carrying capacity of 16,020 TEU. Launched in 2013, it happens to be one of the most attractive cargo ships in the sea. It has an average cruising speed of 25.1 knots and is built to carry crude oil and other mammoth cargo across the sea.

The Maersk Madison EEE or Triple E container vessel with a carrying capacity of 18,340 TEU is considered a VLCV class containership (Very Large Container Vessel). It was built in 2014 by South Korean Ship Construction and Marine Engineering firm, Daewoo Shipbuilding & Marine Engineering. It weighs in at 165,000 DWT and has an average cruising speed of 16 knots, with but can reach a maximum of 23 knots.

The giant-sized TI class Supertanker has a dead weight of 440,000 tons with one of the largest capacity for carrying among others, massive amounts of crude oil. The more than 380 meters long TI Class Supertanker has a carrying capacity of 3,166,353 barrels (503,409,900 L).  It was launched in 2003 by Daewoo Shipbuilding & Marine Engineering, based in Okpo-dong, South Korea. There are only four of their kind in the world.

As we have seen, international freight industry plays an important role in world trade, controlling approximately 90% of the movement of goods worldwide. The International Chamber of Shipping estimates that over 50,000 merchant ships are in operation over the seas conducting business at any given time. Nonetheless, the above list of the 10 largest Cargo Ships in the world, was ranked in terms of their TEU capacity, length, among others. Keep visiting Pak Direct Cargo for amazing articles :). 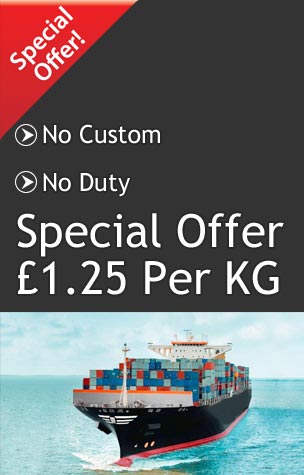 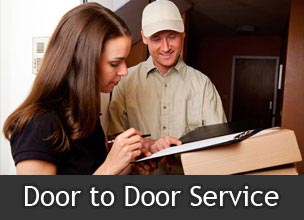